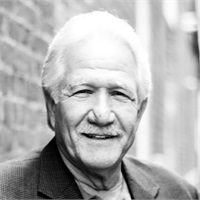 After 25 years of starting Beach & Associates Financial Services, LLC, Jim retired at the end of December 2021, passing the torch to his business partner, April Blake.  Jim will continue as a Consultant.

Jim grew up in Harrisonburg, VA. After completing high school, he was drafted into the United States Army. During his Army career, he served in Korea and the last four years in The Presidential Honor Guard in The Salute Gun Platoon at Ft. Myer based out of Arlington, Va.

Shortly after receiving his degree, Jim was hired by Virginia Farm Bureau Insurance Company as an Agent. Striving to increase his knowledge and help clientele, Jim achieved the LUTCF designation after completing a year of studies in Client Needs, Business Insurance and Estate Planning. Jim was promoted to Agency Manager and relocated to Manassas, VA. where he became Manager for Agencies in Manassas, Warrenton and Leesburg.

After a successful career with VA Farm Bureau he opened Beach and Associates in 1996.

Jim and his wife are settling into retirement on their lake house in Palmyra, VA.  They have three adult children and are also blessed with eight grandchildren. In his spare time, Jim is an avid golfer, enjoys riding his Harley, bicycling, kayaking, watching grandchildren and landscaping.